Home Â» Parenting Â» 10 Fun Facts About Dr. Seuss You May Not Know

10 Fun Facts About Dr. Seuss You May Not Know 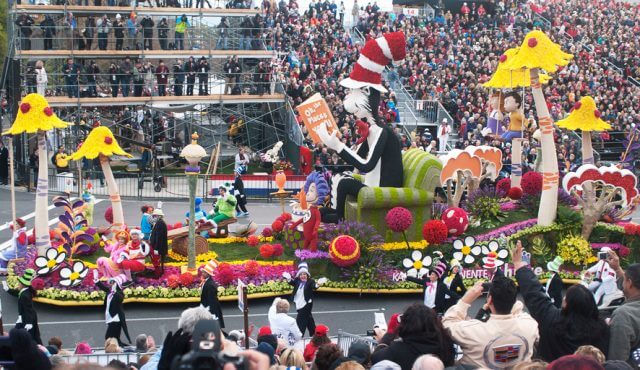 As one the world’s most beloved writers, poets, and artists, Dr. Seuss’ books have sold over 220 million copies and have been printed in over 15 languages.

His books delight adults and children of all ages, including the members of my very own household.Â “The Cat in the Hat,” “The Lorax,” and “Oh, the Thinks You Can Think” are staples in my children’s bedtime routines. In fact, my own father claims I made him read “The Cat in the Hat” to me every single night for 12 consecutive months. He also says you can skip every other page of the book without a child noticing, in case you are in the same boat.Â I am sharing 10 fun facts about Dr. Seuss that you may not know.Â You ready?

2. “Oh, the Places You’ll Go” sells about 200,000 copies a year, mostly because of its popularity as a high school and college graduation gifts.

4. Dr. Seuss was an outspoken liberal Democrat. It is widely believed that “The Lorax” is his interpretation on environmental issues and an expression of his belief that humans are destroying nature.

6. March 2nd, Dr. Seuss’ birthday, has been adopted as the National Read Across America Day, an initiative started by the National Education Association

7. Though he devoted most of his life to writing children’s books, Dr. Seuss never had children of his own.

8. The German surname, “Seuss,” is actually pronounced “SOYSS,” rhyming with “voice.”Â Geisel switched to the anglicized pronunciation, “SOOS,” because it “evoked a figure advantageous for an author of childrenâ€™s books to be associated with” – Mother Goose –Â and because most people used this pronunciation.

9.Â Over the course of his long career Geisel wrote over 60 books. Though most were published under his well-known pseudonym, Dr. Seuss, he also authored over a dozen books as Theo LeSieg and one as Rosetta Stone.

10. Dr. Seuss’ first book that he wrote and illustrated, “And to Think That I Saw It On Mulberry Street,” was rejected 27 times before it was published by Vanguard Press in 1937.

Thank you for inspiring generations of adults and children to read, learn, laugh and play.

Which Dr. Seuss books do you remember reading as a child?Â