Death By A Preschooler | Mom365 Blog

Death By A Preschooler 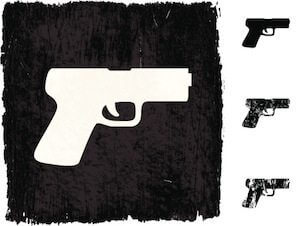 Tragedy hit a little town when a four-year old boy shot a gun and killed a young wife of a deputy sheriff In another town, a four-year-old shot his six-year-old playmate in the head after finding a gun inside the home No words could describe how awful this is. Two separate incidents with children under five using a gun and another person losing their life. How could these tragedies have been avoided?

How the kids got the guns shouldn’t be the main focus. If you have a gun in your house or don’t, teaching your child to never touch one could be the best conversation you ever have with them. I truly believe this.

I know what you are thinking. Kids will explore. They are curious. They will pick up things because they just do that. It could be a pint of paint that they smear it all over the TV. Then there are gun safes. Safes make it impossible for the child to be able to obtain the gun. Let’s face it. You could be as cautious as the most helicopter parent alive.

In the incident where the Deputy Sheriff’s wife was killed, the gun was left on a bed and no one saw the child enter the room.

Think that family was lazy and irresponsible? Someone’s to blame for not watching the child?

No one wants such an awful thing to occur. No one blatantly tries to make accidents happen. Especially ones that end in death.

In my house, I approached my son armed with this news as an opportunity. You don’t need to know whether I own a gun or not. I saw this as a way to bring up a “what do we do/not do” scenario with my son. Since he is five and likes to play games that involves taking care of bad guys, if you know what I mean, I could be putting the thought in his head. And maybe some fear.

As relevant as calling 911 when someone is hurt, I asked my son what he does when he sees a gun.

What type of gun?

A gun like what your family member’s name here has on his belt when he is working.

It’s not mine so I don’t touch it.

Guns can kill people I love.

How do you know that?

I then explained why we were talking about guns. That a boy close to his age picked up a gun and “played” with it. When he used it, someone died.

He didn’t listen to his mom and dad.

I don’t know if that’s true but it’s very sad. We don’t want people to die like that.

I think it was an accident.

I think so too but still it’s so important not to play with guns or anything else dangerous like that.

Will he go to jail?

Something will happen but he is too young to go to jail.

Very much. I think it’s very sad when people die this way. That’s why we are talking about it.

He may never see a gun again in his young life (other than said family member). Who knows? But I also know my son. If it is never brought up, he will be curious and maybe make the wrong choice. I’m praying that by having this discussion along with telling him about this horrible incident, he will remember and make the right choice. 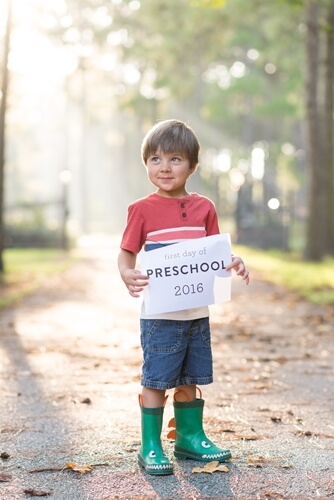 How to Help Your Overweight Preschooler