My First Experience of Quickening 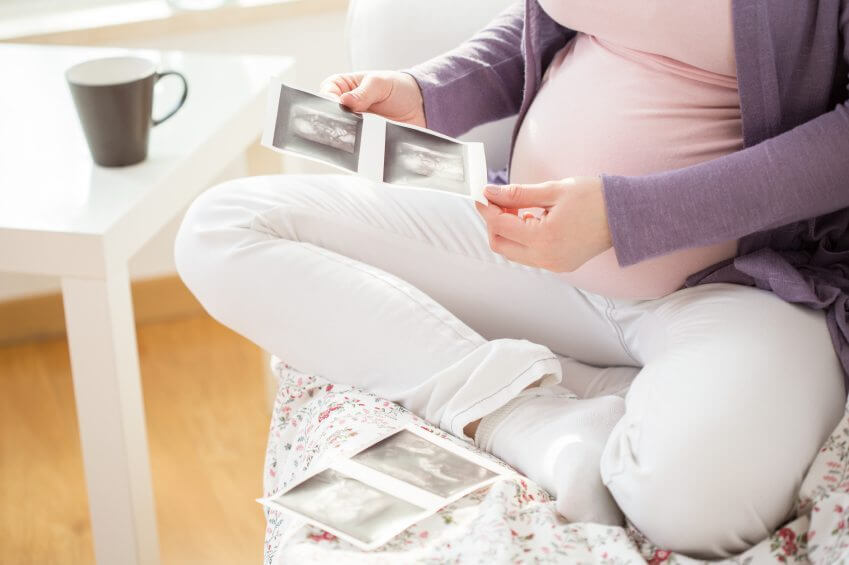 When I first felt it, about a month ago, I was lying on my side in bed. Pulse, pulse, pulse. Oh, that must be my stomach pulse, I thought sleepily. Until I realized, Wait, I don’t have a stomach pulse. Oh! It was my first experience of what they call quickening, those initial flutters of baby that you can actually feel. Throughout that first weekend and since I’ve felt daily pulses, bubbles, flutters, and micro-thumps. All sensations that make me realize: HOLY MAMA, THERE’S A HUMAN INSIDE ME.

Of course this was theoretically quite clear. Plus, I had seen the ultrasounds. But those were on a screen and could, possibly, if I was in a movie like The Truman Showâ€”The Reiss Showâ€”be faked. But this was a person inside of me, clearly moving, sleeping, kicking, stretching, chillin’. In the first couple of weeks of it I could have happily done nothing but lie there and feel him swimming around all day. It was like having a koi fish in my belly. A really, really cool koi fish. It was also like a fresh love affairâ€”I was flooded with feelings of bliss and excitement and actual awe. Awe. I’m a jaded New Yorker who says awesome too much; real awe does not come cheap.

Then, about a week ago, after some lovin’, I felt my uterus get hard for a moment. And then I couldn’t feel the koi fish move. I went to prenatal yoga, thinking, “I probably didn’t kill my baby with an orgasm, this is going to be OK.” Then all through the class I was like, “Buddy, ya there?” Stretch, open, downdog, inhale, exhale. “Dude? Make a movement for mama.” Savasana was the least relaxing rest ever; my head exploded with thoughts: I knew this was too good to be true. Move, move, move!Â I almost bolted and called my doc. But a rational part of my brain knew that things were probably fine. After class I texted my husband a tome and ate a cookie to sugar-jolt the koi into moving.

My husband called. “Everything is very likely OK,” he said. “But how do you know?” I asked between sobs. “I just do,” he said, trying not to gently laugh a little at my sad attempt at certainty.

I emailed the doc who immediately wrote back, “Call me!” Which scared me more. The answering service woman was, as usual, nasty, and asking the eight million questions they are inexplicably forced to askâ€”what’s your due date, have you ever had a C-sectionâ€”I finally said that the doc just asked me to call. She barked at me. I tried to draw on that place of kindness I reserve for really circular conversations with the cable company, and failed.

By the time I talked to the doc, I was sitting on a stoop in my Brooklyn neighborhood in the beautiful sunshine, bawling. “I am certain it’s fine,” she said. “But you sound really upset.” Indeed. I could go to the emergency room and get a scan, she said. But she had never read or heard anything that would in any way justify a death-by-orgasm fear. I realized this was just my own emotional quickening. Mama’s first unnecessary freak-out. The doc explained that the baby probably just changed position, and that’s why I couldn’t feel him as much. Oh. That actually made sense. She told me to eat sugar, have some juice. I added a natural orange soda to my belly. And later, relaxing at home, I felt him again, but muffled, like his limbs were pointing away from me now. Whew, whew, and whew.

And now that it’s been a month since that first pulse, I am still in Aweville, living in a quiet place on Gratitude Street. I’m typing and he’s in there, bumping some part of himself against my uterus. Though I’ve done a lot of spiritually incredible things in my life, this is closest I’ve ever come to experiencing magic. Not conditional or superficial or interesting or passing magic, but miracle-of-life magic. The real freaking deal.

I can’t wait till the koi gets big enough that someone else can feel him too. For now though, it’s our secret language of taps and bumps. And that’s pretty awesome.