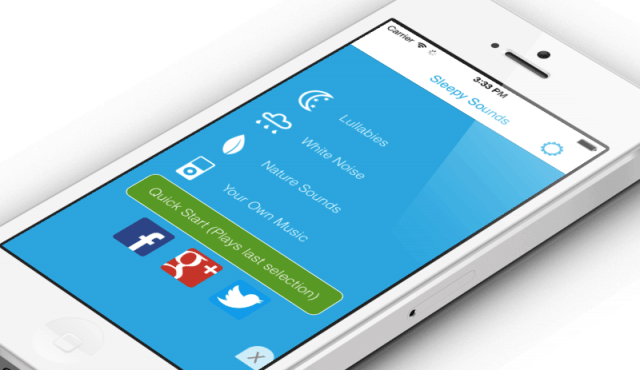 In a nutshell: The Sleepy Sounds app turns your smartphone into a white noise machine or sweet music box. Featuring soothing sounds like ocean waves and babbling brooks, plus familiar lullabies on a loop, this app is a good free alternative to that $40 noise machine you put on your baby registry. 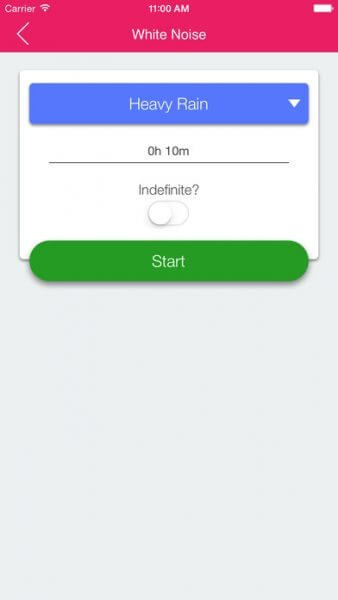 The perks: After selecting a sound, users set a timer, or just opt for app to run indefinitely.Â Â Four varieties of white noiseâ€”including vacuum cleaner, heavy rain, and tumble dryerâ€”provide sounds to soothe an infant. Thereâ€™s also an option to play your own music (which is pulled from the Apple Music app on theÂ iPhone). Tiny falling stars adorn the solid-colored backgrounds, which could be mesmerizing for aÂ littleÂ who just needs to zone out.

The headaches: Thereâ€™s no way to get rid of the small pop-up ads that run along the bottom of the app. The lullabies sound a little electronic for this listenerâ€™s taste. Running Sleepy Sounds can be a drain on your battery. And there is the inconvenience of having to leave your smartphone in your littleâ€™s room at naptimeâ€¦. 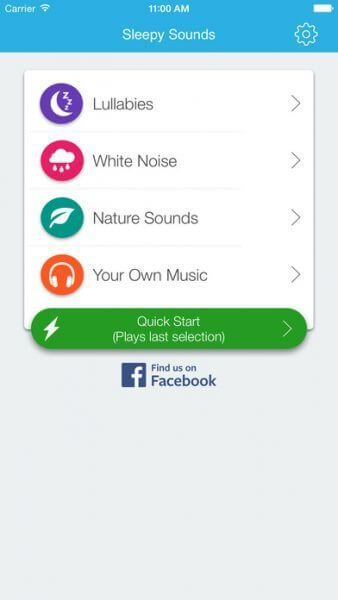 Final verdict: For moms looking to settle their babies down for naptime or to soothe a screaming child in the car, this app has plenty to offer. Eight different soundsÂ give options for moms to test what is most calming to their baby.

Select the lullabies tab and the app begins to loop through a series of classic baby songs like â€śHush Little Baby,â€ť â€śRock-a-Bye Baby,â€ť â€śTwinkle, Twinkle Little Star,â€ť and â€śWhere is Thumpkin?â€ť. The sound quality wonâ€™t blow you away, but it wonâ€™t drive you crazy either.

MomsÂ know that white noises like the sound of a vacuum cleaner can be calming to newborns. If those kinds of fuzzy noise work on your little one, the hair dryer, tumble dryer, and vacuum sounds on this app are sure to please. The Heavy Rain sound, oddly filed under the White Noises section, is an ear-pleasing rendition of the real thing. Iâ€™m not sure if the forest noisesâ€”which consists primarily of chirping birdsâ€”would have worked on my kids as babies. Ditto the stream sounds, which are primarily tinkles. But the Ocean sounds? Turn that one on to soothe you when even the app canâ€™t console your screaming baby!

In conclusion, the Sleepy Sounds app provides sounds designed to be soothing to a baby, butÂ they’re easy on the ears of mamas, too. 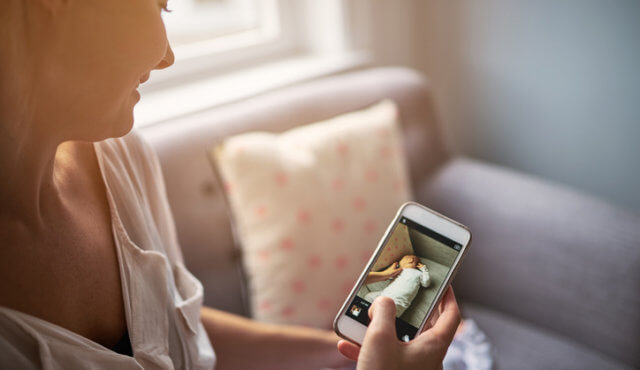 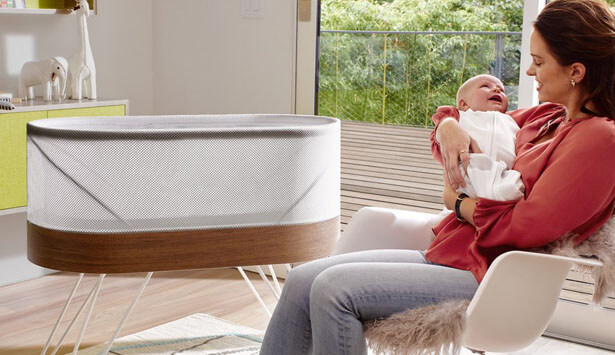 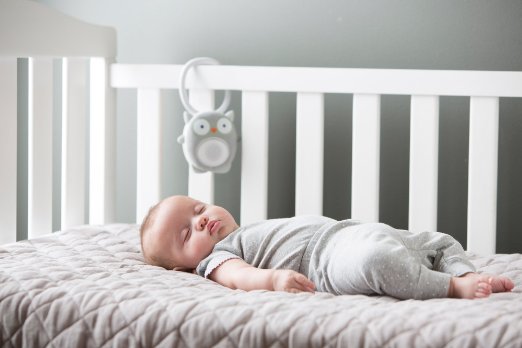