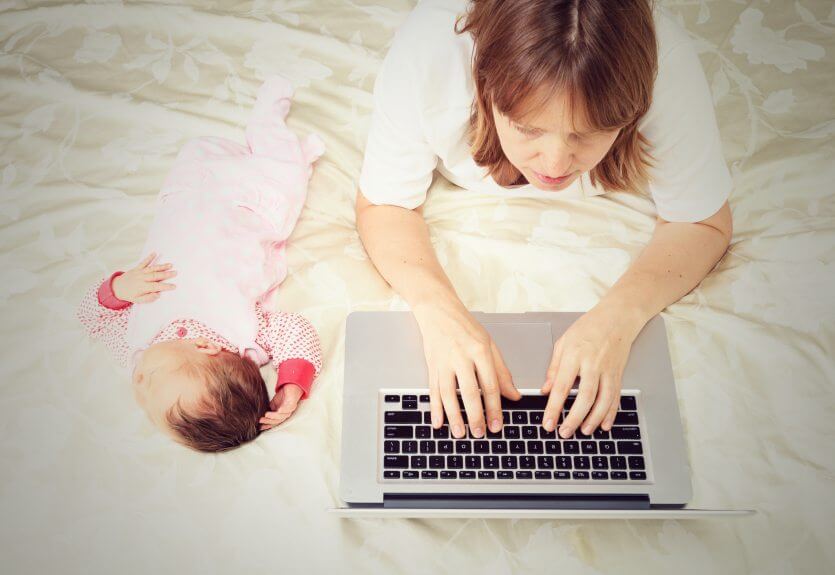 A New York Times article this week, “The Opt-Out Generation Wants Back In,”Â by Judith Warner revisits an NYT magazine article from 10 years ago about affluent, highly educated women leaving their jobs to be stay-at-home moms. At the time, the article caused quite the kerkuffle: It was about elite white women and certainly didn’t represent the majority. Fingers were pointed at these moms for opting out (well before “leaning in” was a thing), saying they were setting the women’s movement back a few decades, providing bad role models for kids, and setting themselves up for a dangerous imbalance in their marriages. Fast-forward a decade and a recession or two later, and these women are mostly not in a great place.

At the time the first article came out, I was nowhere near ready to have a kid and in graduate school, huffing my way through a career I hoped to love more, dropping it all to be a mom seemed both like an outrageous luxury and really bad move. I was raised by a mom who took the first three years of my life off to care for me, then went back to work. And my father has always said, “You should work. It’s good for you, and you never want a man to have that kind of power over you.”Â  The model and the lessons sunk in.

But as I warmed to the idea of motherhood and watched friends struggle to balance work inside and outside the home, it all seemed overwhelming and the clichĂ© dilemma burbled upâ€”how the heck did you do the job hustle and really be there for your tiny kid? I started dreaming of a rich dude who would be able and happy to support me and our imaginary baby, and not expect me to be a domestic goddess. Someone who respected mom work as much as other work. Turns out that’s what a whole lot of women dream of, and this latest article shows in lean-in times, it can become a nightmare. The piece features formerly supportive husbands devaluing the work of childcare; demanding cleaner homes; even getting jealous of their wives for not working.

Most of the women in the article now have or want jobs; and it’s no easy featâ€”some having leaned out for 10 years or more. Some have seen opting out hurt their marriages and finances and have major regrets. Others wouldn’t change a thing.

Now that I’m on the cusp of mommyhood myself, I’m prepping for a three-month leave starting this fall, and frankly can’t imagine the financial wisdom of doing anything longer than that, while at the same time worrying it won’t be enough. Thus the tug-of-war begins. I didn’t find that feminist bazillionaire fantasy man (as most men don’t find that supermodel genius zillionaire), but I did find an awesome man who will make a great dad, who makes a very decent living. But not a support-mom-and-baby-in-NYC-for-years living. But we have supportive families and are surrounded by privilege and blessings. It’s all going to be OK, somehow.

Yet of course the Pinterest-y SAHM fantasy is tantalizing. Partly because of the one thing the article completely does not mention: the horrible state of childcare and maternity leave in this country as compared to, say, most European nations.Â We have zero paid maternity leave, we have no national daycare, and FMLA (Family Medical Leave Act) is the only thing standing between an unpaid maternity leave and not having a job waiting three months later. It’s pretty abysmal.

So what do moms really want in the midst of all of this? Of course it varies mom to mom, a lotâ€”but there are overall trends in all the long-term pendulum swinging. According to the most recent Working Mother report, momsÂ want balance: the ability to earn money and be there for the chilluns. They want flexible hours, acknowledgement of their value and contribution in both the workplace and at home. A life with meaning all around. That seems to be the new dream. Not leaning in or opting out, but standing strong in a healthy, centered middle.