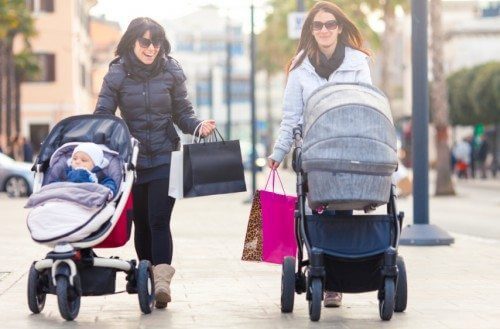 In her heavily criticized New York Post piece, I Get a Wife Bonus and I Deserve It, SoÂ STFU, stay-at-home mom (SATM) Polly Phillips likens her high-earning husband to a boss and refers to her “wife bonus” as “the nod from a happy boss for a job well done.”

If you haven’t heard the term that social researcher Wednesday Martin introduced to the world in her New York Times op-ed piece, a wife bonus is an annual sum of money that a high-earning husband commonly bestows on his stay-at-home wife upon receipt of his yearly company bonus. So, if his bonus is $150,000, she might get something in the neighborhood of $30,000 to spend however she’d like. For Polly Phillips, designer clothing, luxury footwear, and high-end handbags are the investment of choice.

Where I come from (California), property acquired during marriage is considered community property and would be equally divided between spouses in the event of a divorce. Now, I live in Brooklyn, and New York isn’t a community property state, but my husband and I have an understanding that what he earns is half mine and what I earn is half his. He’s a film industry freelancer, not a petroleum engineer or investment banker, so he doesn’t get an annual bonus, but if he did, I’d like to think that we’d factor it into our budget and decide together how best to use it â€” whether that meant splitting it down the middle and rolling around in our respective piles of cash before picking out our matching dream Birkin bags, or saving it for our child’s education.

Phillips goes on to say that “there can be nothing more feminist than believing that staying home to take care of our daughterâ€¦ is just as worthy of a wage as going out to a job outside the home.”

I absolutely agree that taking care of one’s children is extremely valuable work and certainly worthy of a wage. Being the primary caregiver for my now 10-month-old son has been the most challenging, lonely, frustrating, and ultimately rewarding thing I’ve ever done, although I’d be more inclined to call it a responsibility or commitment than a job. But a year-end bonus isn’t exactly the same as a wage. A bonus, by definition, is a reward, generally for good performance; it’s not a regularly occurring exchange of money for labor. And although the idea of paying a stay-at-home mom for the work she does is not inherently bad, it has its consequences.

First of all, if the parent who works outside the home is the one “paying” the stay-at-home parent, the relationship starts to take on the dynamic of a boss and his employee, just as Phillips contentedly describes. What she doesn’t even touch on is the fact that, by virtue of his position of power, the employer (i.e. the high-earning husband in this scenario) is implicitly superior to his employee (the SAHM) within the company or, in this case, family structure. The working husband/employer controls the family’s money and ultimately sets the SAHM’s wage and bonus, thereby reaffirming his position of power with each payment. The employee, in turn, is dependent on the employer for her wage and bonus. If the employer deems the employee’s work unsatisfactory, without a legally binding agreement in place, what’s to stop him from withholding the SAHM’s wages and stripping her of any semblance of financial freedom?

If, on the other hand, the employer-employee analogy is removed from the equation, the wife bonus starts to sound a lot like a yearly allowance. What should be a relationship between equals takes on a parent-child dynamic, which some might consider even more demeaning to the SAHM than the previous way of framing the situation.

Setting power dynamics aside for a moment, there’s also the question of determining a fair price for child-rearing. How exactly does one put a monetary value on the work that a stay-at-home parent does? Should it be based on average childcare and housekeeping rates, which some might consider low, given the importance of the work? Or should it be based on what stay-at-home parents were earning before they had children, which might be entirely unaffordable? Furthermore, how many hours must SAHMs work before earning overtime, and when exactly are SAHMs off the clock?

I’m certainly not interested in passing judgment on how people make or spend their money, but the act of getting paid by a spouse or partner looks to me like a potential recipe for low self-esteem and resentment on the part of the recipient â€” or at the very least, not a particularly healthy marriage. After all, shouldn’t a marriage be an equal partnership between two people? Why are high-earning husbands above having their share of the company bonus defined by their role in the family structure if that’s how their wives’ bonuses are defined? Is it because the assumption is that the money they earn at work is theirs to save, spend, and dole out as they wish? Where are the “husband bonuses” in all of this?

Several weeks ago, a fellow mom and I were discussing how uncomfortable it feels to no longer earn enough to support ourselves since deciding to give up our full-time jobs to raise our babies. Having to rely on my husband financially is one of the least appealing aspects of being a stay-at-home mom. As much as I know the money we have belongs equally to us both regardless of who earned the paycheck, I still feel like I have to ask permission to spend it. My friend’s solution: both she and her husband take equal monthly allowances out of their collective earnings to use however they want, no questions asked. I think that’s an excellent alternative to the cringeworthy wife bonus and closer in line with the meaning of feminism, which is absolute equality between the sexes.

What are your thoughts on “wife bonuses”? Are they a step forward or two steps back for stay-at-home moms achieving financial independence? 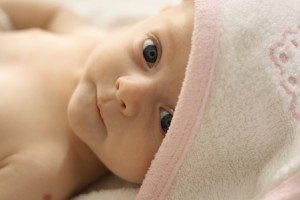